"Those who have handled the sciences have been either Empiricists or Rationalists. Empiricists, like ants, merely collect things and use them. The Rationalists, like spiders, spin webs out of themselves. The middle way is that of the bee, which gathers its material from the flowers of the garden and the field, but then transforms and digests it by a power of its own. And the true business of philosophy is much the same, for it does not rely only or chiefly on the powers of the mind, nor does it store the material supplied by natural history and practical experiments untouched in its memory, but lays it up in the understanding changed and refined. Thus from a closer and purer alliance of the two faculties - the experimental and the rational, such as has never yet been made - we have good reason for hope."
Francis Bacon, from Novum Organon, quoted in the Economic Journal 125th Anniversary Special Issue, referring to the Royal Economic Society bee motif.

"You need the haystack to find the needle."
General Keith B. Alexander, Director of the US National Security Agency, on the the bulk collection of data.

"...we should listen to the data, but know when to tell the data to shut up!"
Peter Kennedy, "Oh No! I Got the Wrong Sign! What Should I Do?", Journal of Economic Education, 2005.

"Some economists seem to feel that data-driven theory is, somehow, unscientific. Of course, just the opposite is true."
Richard Thaler, "From Homo Economicus to Homo Sapiens", Journal of Economic Perspectives, 2000

"When Stepanov, the Russian, was told that Soviet national income statistics did not justify a quota of $1.2bn, he replied cheerfully that he would produce new statistics. He got his way."
On the Bretton Woods negotiations, from John Maynard Keynes 1883-1946 by Robert Skidelsky.

"True genius resides in the capacity for evaluation of uncertain, hazardous, and conflicting information."
Winston Churchill

"It is a capital mistake to theorize before one has data. Insensibly one begins to twist facts to suit theories, instead of theories to suit facts."
Sherlock Holmes in A Scandal in Bohemia by Arthur Conan Doyle

"When statistics do not make sense I find it generally wiser to prefer sense to statistics."
John Maynard Keynes, letter to Erwin Rothbarth, January 1940

"It wasn't drudgery - far from it. Instead of reading Gone with the Wind, I was happy to immerse myself in 'Copper Ore Deposits in Chile'."
Alan Greenspan, from his autobiography Age of Turbulence

"I have long had relatively little faith in judging statistical results by formal tests of significance. I believe that it is much more important to base conclusions on a wide range of evidence coming from different sources over a long period of time."
Milton Friedman

"These are facts. Afterward I'll try to connect them - if it's possible, for it's difficult to say what effect is produced by what cause. An angel's intervention would suffice to change everything, so it isn't surprising that one thing cannot be proved to be the cause of another thing. Even if one must always try, as I am doing."
William of Baskerville in The Name of the Rose by Umberto Eco

"If applied econometrics were easy, theorists would do it."
From Mostly Harmless Econometrics by Angrist and Pischke

"The first lesson that you must learn is that, when I call for statistics about the rate of infant mortality, what I want is proof that fewer babies died when I was Prime Minister than when anyone else was Prime Minister. That is a political statistic."
Winston Churchill

"History provides contextual details, plausibility tests, external consistency checks, and a role for free will. Though not proof of causation, correlation is a smoking gun; and history can often supply sufficient circumstantial evidence to convict."
Morck and Yeung, "Economics, History and Causation", NBER WP 16678

"Correlation is not causation but it sure is a hint."
Edward Tufte, from The Cognitive Style of Powerpoint, quoted in Morck and Yeung

"The plural of anecdote is data"
Raymond Wolfinger

"The plural of anecdote is not data"
Unknown 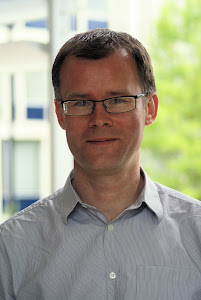